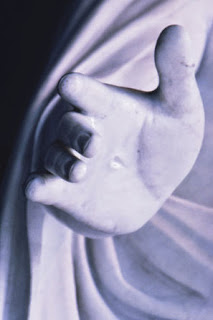 "The fundamental principles of our religion are the testimony of the Apostles and Prophets, concerning Jesus Christ, that He died, was buried, and rose again the third day, and ascended into heaven; and all other things which pertain to our religion are only appendages to it. But in connection with these, we believe in the gift of the Holy Ghost, the power of faith, the enjoyment of the spiritual gifts according to the will of God, the restoration of the house of Israel, and the final triumph of truth."
-- Teachings of Presidents of the Church: Joseph Smith, (2011), 45–56.

"Jesus is the first begotten from the dead, as you will understand. Neither Enoch, Elijah, Moses, nor any other man that ever lived on earth, no matter how strictly he lived, ever obtained a resurrection until after Jesus Christ’s body was called from the tomb by the angel. He was the first begotten from the dead. He is the Master of the resurrection—the first flesh that lived here after receiving the glory of the resurrection."
-- Teachings of Presidents of the Church: Brigham Young, (1997), 272–78.

"When Jesus came, He came to do a work in many particulars similar to that in which we are engaged, and when He got through with His work here, He stood as the Savior of the world, and of the human family. He came to preach the Gospel to the poor, to open the prison doors to those that were imprisoned, to set them at liberty, and to proclaim the acceptable hour of the Lord, etc. This was a work connected with the people who lived at the time of the flood and were destroyed and kept in prison until the Lord should see proper to extend manifestations of His mercy to them. Hence, as we read, “Christ hath once suffered for sins, the just for the unjust, that He might bring us to God, being put to death in the flesh, but quickened by the spirit; by which also he went and preached to the spirits in prison: which sometime were disobedient when once the long suffering of God waited in the days of Noah.” [See 1 Peter 3:18–20.] He having finished His work upon earth for the living, went and performed a work for the dead; as we are informed, “He went and preached to spirits in prison that had sometime been disobedient in the days of Noah.

It is reserved for us to do a work for those who have passed away who have not obeyed or had the Gospel in their lifetime. We are here to do a work connected with the redemption of the dead. When the Temple was commanded to be built in Nauvoo, after the Temple had been built in Kirtland, and after so many keys had been turned, and after so many manifestations, visions and ministrations had been had, yet it was said then that there was not a place upon the earth in which to perform the ordinance of baptism for the dead, and Joseph was commanded to build a house for that purpose."
-- Teachings of Presidents of the Church: John Taylor, (2011), 182–90.

"There is no being that has power to save the souls of men and give them eternal life, except the Lord Jesus Christ, under the command of His Father." "Brethren and sisters, are we not the sons and daughters of God, and when he shall appear, if we are faithful, shall we not be like him? [See 1 John 3:2.] Yes; and when the glorious day arrives we shall once more have the privilege of standing upon this earth and meeting in joy and thanksgiving … thousands of others who have washed their robes white in the blood of the Lamb, and who, through the merits of His atonement, are anointed kings and priests unto God, and with Him reign exalted in His kingdom. May we all be found worthy of this reward; and now, while we travel through this world of change and sorrow, may we take pattern by the lives of the worthy … and, above all, follow in the steps of the great Exemplar of all righteousness, our Lord Jesus Christ, whose grace be ever with you all"
-- Teachings of Presidents of the Church: Wilford Woodruff, (2011), 66–76.

"Jesus, the Son of God, was sent into the world to make it possible for you and me to receive these extraordinary blessings. He had to make a great sacrifice. It required all the power that He had and all the faith that He could summon for Him to accomplish that which the Father required of Him. … He did not fail, though the trial was so severe that He sweat great drops of blood. … His feelings must have been inexpressible. He tells us Himself, as you will find recorded in section 19 of the Book of Doctrine and Covenants, that His suffering was so great that it caused even Him “to tremble because of pain, and to bleed at every pore, and to suffer both body and spirit: and would that He might not drink the bitter cup, and shrink.” But He had in His heart continually to say, “Father, not my will, but Thine be done.” [See D&C 19:15–19.]"
-- Teachings of Presidents of the Church: Lorenzo Snow, 2011.

"The life of Jesus Christ, born in a stable, cradled in a manger and put to death between two thieves, was one of the greatest of all failures from man’s point of view, but our Lord and Master came to the earth not to do His own will but that of His Father, and He successfully fulfilled His mission. He has triumphed over death, hell and the grave and has earned the reward of a throne at the right hand of His Father."
-- Teachings of Presidents of the Church: Heber J. Grant, (2011), 219–28.

"He was indeed the Son of God. He labored among [the people] in love and kindness; but they cast His name out as evil. … He was the Son of God, and He did have the right to speak in the name of the Father. The truths He brought to the earth came from the Father; and though they nailed Him to the cross, though they placed upon His head the plaited crown of thorns, and put the mock scepter in His hands, though they spilled His blood with the cruel spear, yet the word that He delivered to them was the word of the Lord, and He was indeed the Son of God."
-- Teachings of Presidents of the Church: George Albert Smith, 2010.

"What does it mean to keep the faith? It means first, that we accept Jesus Christ, not merely as a great teacher, a powerful leader, but as the Savior, the Redeemer of the world. . . He who keeps the faith will accept Jesus Christ as the Son of God, the Redeemer of the world. I would have all men keep that faith. I think it is fundamental to man’s happiness, fundamental to his peace of mind. I think it is the cardinal principle of the Church of Jesus Christ." -- Teachings of Presidents of the Church: David O. McKay, (2011), 195–203. "Why was the Savior sent into the world? The Master himself answered that question during his ministry when he said: “For God sent not his Son into the world to condemn the world; but that the world through him might be saved” [John 3:17.] . . .

Saved from what? Redeemed from what? Well, first, saved from mortal death through the resurrection of the dead. But in another sense we are saved likewise by his atoning sacrifice. We are saved from sin"
-- Teachings of Presidents of the Church: Harold B. Lee, (2000), 18–26.

"Sin is the transgression of the law” (1 John 3:4), and for such transgression a punishment is affixed under eternal law. Every normal individual is responsible for the sins he commits, and would be similarly liable to the punishment attached to those broken laws. However, Christ’s death on the cross offers us exemption from the eternal punishment for most sins. He took upon himself the punishment for the sins of all the world, with the understanding that those who repent and come unto him will be forgiven of their sins and freed from the punishment."
-- Teachings of Presidents of the Church: Spencer W. Kimball, (2006), 34–45.

"The Book of Mormon is the keystone in our witness of Jesus Christ, who is Himself the cornerstone of everything we do. It bears witness of His reality with power and clarity . . . Much of the Christian world today rejects the divinity of the Savior. They question His miraculous birth, His perfect life, and the reality of His glorious resurrection. The Book of Mormon teaches in plain and unmistakable terms about the truth of all of those. It also provides the most complete explanation of the doctrine of the Atonement. Truly, this divinely inspired book is a keystone in bearing witness to the world that Jesus is the Christ."
-- President Ezra Taft Benson, Ensign, Nov. 1986.

"First, I invite all members of the Church to live with ever more attention to the life and example of the Lord Jesus Christ, especially the love and hope and compassion he displayed. I pray that we will treat each other with more kindness, more patience, more courtesy and forgiveness.

To those who have transgressed or been offended, we say, come back. The path of repentance, though hard at times, lifts one ever upward and leads to a perfect forgiveness."
-- President Howard W. Hunter, Ensign, Nov. 1994.

"He is my Savior and my Redeemer. Through giving His life in pain and unspeakable suffering, He has reached down to lift me and each of us and all the sons and daughters of God from the abyss of eternal darkness following death. He has provided something better—a sphere of light and understanding, growth and beauty where we may go forward on the road that leads to eternal life. My gratitude knows no bounds. My thanks to my Lord has no conclusion.

"Actually, love is the very essence of the gospel, and Jesus Christ is our Exemplar. His life was a legacy of love. The sick He healed; the downtrodden He lifted; the sinner He saved. At the end the angry mob took His life. And yet there rings from Golgotha’s hill the words: “Father, forgive them; for they know not what they do”—a crowning expression in mortality of compassion and love . . .

Beyond comprehension, my brothers and sisters, is the love of God for us. Because of this love, He sent His Son, who loved us enough to give His life for us, that we might have eternal life. As we come to understand this incomparable gift, our hearts will be filled with love for our Eternal Father, for our Savior, and for all mankind. That such may be so is my earnest prayer in the sacred name of Jesus Christ, amen."
-- President Thomas S. Monson, Ensign, May 2014.
Posted by Jettboy at 12:31 AM