God as the Unified Theory 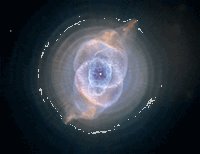 For many years I have been interested in the topic of Mormonism and science, particularly in relation to scriptures and physics. One of my favorite books Science, Religion, and Mormon Cosmology by by Erich Robert Paul was my first serious introduction to the problems and challenges of science and Mormon theology. There are plenty of scientific theories that don't match LDS teachings. What is surprising for me are the many times scientific theory has seemed to reflect LDS teachings. Along the way I have even discovered that LDS theology seems to answer some scientific questions; even if unprovable in peer review journals. One of the most ambitious answers seems to be about the mysterious Unified Theory. Scriptures indicated that the Power of God holds everything together and keeps the universe functioning.

For those who might not know, it will be good to explain the problem. Physics tries to explain the behavior of matter and energy contained in fields, such as gravity and electricity. As explained at whatis:

Einstein failed, and so has everyone else. There have been some pretty good guess work, but no solid leads. Discovering a realistic theory could change how we view the world forever.

I am not about to scientifically explain a Unified Theory of my own. To be honest, I don't completely understand the science behind the quest. Science is of general interest, and math has never been kind to me. What I intend to do is show that there is a theological answer in Mormonism to the great debate.

In Doctrine and Covenants 88:42-47 we learn that there are several Kingdoms, and each one has a law given:

42 And again, verily I say unto you, he hath given a lawunto all things, by which they move in their times and their seasons;

43 And their courses are fixed, even the courses of the heavens and the earth, which comprehend the earth and all the planets.

45 The earth rolls upon her wings, and the sun giveth his light by day, and the moon giveth her light by night, and the stars also give their light, as they roll upon their wings in their glory, in the midst of the power of God.

46 Unto what shall I liken these kingdoms, that ye may understand?

47 Behold, all these are kingdoms, and any man who hath seen any or the least of these hath seen God moving in his majesty and power

Scientific theory seems to agree with the scripture. Most things can be explained using some theoretical or mathematical ground work that is specific to the problem explored. In fact, science is built around the idea of repeatable results. Any deviance from the tested assumptions usually indicates a science mistake or new discovery. And, as stated in physics, there are at least two (maybe three) Kingdoms of study. The quoted scripture deals mostly with Einstinian time-space macro-universals.

Despite the focus on the macro kingdoms, there is mention of at least one important quantum phenomena. Light is seen as a unifying force penetrating and controlling the elements. Thus, it would seem scripturally that light, important as it is to both Einstinian and quantum theory, holds the key to understanding universal law. Scripturally The power of light doesn't come from the light itself, but from God:

49 The light shineth in darkness, and the darkness comprehendeth it not; nevertheless, the day shall come when you shall comprehend even God, being quickened in him and by him.

50 Then shall ye know that ye have seen me, that I am, and that I am the true light that is in you, and that you are in me; otherwise ye could not abound.

51 Behold, I will liken these kingdoms unto a man having a field, and he sent forth his servants into the field to dig in the field . . .

56 And the lord of the field went unto the first in the first hour, and tarried with him all that hour, and he was made glad with the light of the countenance of his lord.

57 And then he withdrew from the first that he might visit the second also, and the third, and the fourth, and so on unto the twelfth.

58 And thus they all received the light of the countenance of their lord, every man in his hour, and in his time, and in his season—

In the scriptures just quoted, God controls and even changes elements using light. That most illusive of particles (or waves) controls time, space, and even the elements. And, light is much more than illumination; it is knowledge. To understand God is to have light and therefore Glory.

That is not all that LDS Scripture answers about the unified theory. Another question is what holds things together without a complete desintegration. Some scientists say that eventually the universe will virtually lose all energy and vanish. Every time they think a discovery is made to prove this idea (such as the "expanding universe" theory), another discovery (like the "rubber band effect" theory) makes things difficult. Lehi attributes the continual existance of the universe to the Atonement:

6 Wherefore, redemption cometh in and through the Holy Messiah; for he is full of grace and truth.

11 For it must needs be, that there is an opposition in all things. If not so, my first-born in the wilderness, righteousness could not be brought to pass, neither wickedness, neither holiness nor misery, neither good nor bad. Wherefore, all things must needs be a compound in one; wherefore, if it should be one body it must needs remain as dead, having no life neither death, nor corruption nor incorruption, happiness nor misery, neither sense nor insensibility.

12 Wherefore, it must needs have been created for a thing of naught; wherefore there would have been no purpose in the end of its creation. Wherefore, this thing must needs destroy the wisdom of God and his eternal purposes, and also the power, and the mercy, and the justice of God.

Theologically, using LDS Scriptures, the "Unified Theory" is the Power of God. That power is associated with light as a governing field for both the material and spiritual world. The Atonement of Christ keeps the universe from a complete collapse, and allows things to paradoxically expand or progress. With God, everything becomes possible.
Posted by Jettboy at 12:31 AM

Reminds me of John P. Pratt's latest article in Meridian Magazine on Science and the Light of Christ. By the way, I'm glad you commented on my blog, or I might not have noticed yours. I just got kinda tired of the nonsense on too many so-called LDS blogs that are filled with the doctrines of men and criticism of the doctrines of the Lord. Glad to see someone fighting the good fight. I'll be back to read your stuff, for sure. Good luck!

Thanks for pointing me to Science and the ligh of Christ by Pratt. I don't know if I should be flattered or sad that I am not original.

Let me try that again.

Well, I think that the Holy Ghost points us all in the same direction, to the Truth. So, I would feel flattered, myself, if I were you. I think that somewhere down deep, or beneath the veil, or something, we know so much more than we are consciously aware of. I'm glad you enjoyed the link. I just love all of Dr. Pratt's work. I love the way that he shows how religion and science, and all truth, are not only compatible, but that they come from the same source--the Creator.

Loved your post here. I had a really great book with articles by several LDS scientist that was wonderful. Have a good day.