Hoping that the sea breezes would help in his recovery, the family sent Joseph Smith to Salem, Massachusetts with his uncle Jesse Smith. Places similar to what he might have viewed still exist at historic sites. 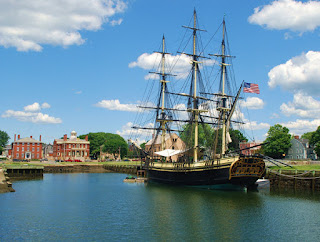 His family moved again in 1813 to Norwich, Vermont in hopes of farming. The first two years were not very successful. The third year Mount Tambora in what is now called Indonesia erupted. Because of the harsh winter-like conditions it created, the 1816 crop was a disaster and the family moved once again.

They settled in Palmyra, New York where religious events would reshape a family, and eventually help found The Church of Jesus Christ of Latter-day Saints. A log home was built by the family to live while farming the new land. A replica stands today where it once existed. 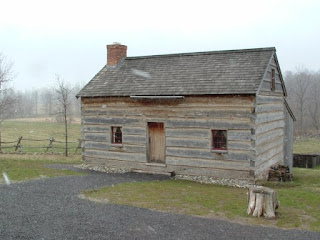 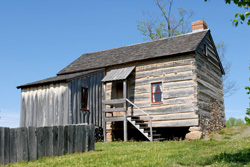 During his teenage years, Joseph Smith Jr. became interested in the religious discussions of his day. He attended different churches and revival meetings, becoming most interested in Methodism. However, he wasn't sure what Church was true, and after famously reading James 1:5 in the Bible, he decided to pray for guidance. 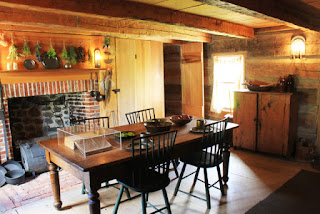 While chopping down trees to clear farmland, he stopped working and prayed to know the truth. He reported to have been visited by God and Jesus Christ who told him his sins were forgiven, not to join any Church at this time, and wait for more instructions.

The woods known as The Sacred Grove has only a few “witness trees” left that were alive during the 1820 religious experience. Most all of the other vegetation was regrown to replicate known varieties during the events.

A stray sign, among some others, marks the entrance. 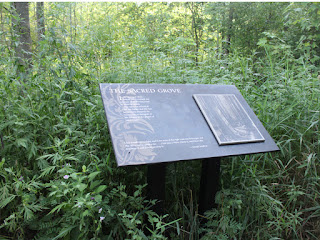 The Smith family began in 1822 to build a frame home, with the help of eldest son Alvin. Today it remains as a restoration. 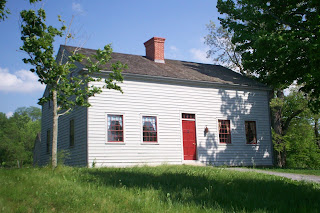 Before the new home could be finished, the family continued to live in the log cabin. Concerned for his spiritual welfare , Joseph Smith Jr. prayed in his bedroom on Sunday, September 21, 1823. A vision of an angel that called himself Moroni appeared in the room and gave instructions. 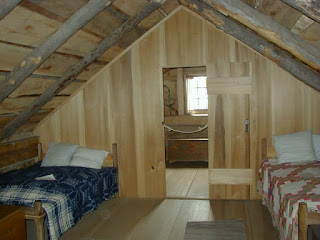 The next day he went back to work, tired from the night's experience. His father noticed how sick he looked and asked Joseph to go back home. On he way Moroni appeared and told him to explain what happened. Worried, but trusting in the messenger, Joseph told his father. In return, his father told him to trust the angel and do what was asked. The next events would deliver new Scripture to the world.
Posted by Jettboy at 3:53 PM