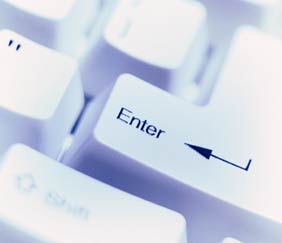 I was listening to a Sunday School lesson and a comment by the teacher made me pause. He said, to paraphrase, technology is not good or evil only by how it is used. This isn't the first time the statement has been made. For example:

In contrast, as we look at the media today from any vantage point, I think we would have to say that Lucifer’s influence is far more prevalent than the Lord’s. We are in a war. This war is the same war that raged in the premortal world. Lucifer and his followers are committed to an evil direction. . .

. . . As we consider the importance of nourishing our intellects with the promising potential of superhighway resources, we must be ever cautious about our choices of programs and the impact of media upon our lives. Those who understand our Heavenly Father’s eternal plan for the joy and happiness of His children will be better prepared to not only make good choices but also provide good choices as the information superhighway rolls across the world. The computer, television, satellite, microchip, and even the telephone all can bless and enhance our lives, or can make them miserable.

There is little question that technology has its advantages. The New Testament is full of Paul complaining of his inability to teach to various congregations because of the time it took for words or persons to travel. Today a modern Apostle can be heard almost instantaneously or travel to the far reaches of the world in only days. Problem areas are easily accessable and organization a simple click on the keyboard. Through the marvel of television and satallites the words of Apostles and Prophets cannot be mistaken. Faces can become as familiar as if they had visited in person.

Despite all that, one must look at technology with the criterion of "use" to see if it is more good or evil. My conclusion is that technology is mostly evil. Television, radio, and the Internet are largely filled with pornography, hatred, violence, and "satanic" ideology. Most other inventions have complicated our lives at the same time it has made them easier - as recent disasters have proven such complete lack of survival skills without vast amounts of outside help. Even though we now have controlled or eradicated ancient deseases or physical problems, weapons have become deadlier to the point of easily destroying humanity off the face of the Earth. Technology has even created greater gaps between the rich and the poor, with more toys available and less things the poor can do without.

One possible solution is to seriously limit the amount of radio, television, and Internet within our lives. Become more aquanted with making things by hand and interacting face to face as friends and neighbors. Humanity has become a vast network, but not a commmunity. Often Mormons are mistaken for Amish who reject most modern inventions. Perhaps that isn't a bad group to be associated. It is time for Latter-day Saints to become less willing to take technology for granted. We are too lazy with important things, too busy with superficial things, and too distracted from spritual things. Indications are that both our physical and spiritual health is at risk.

I would recommend reading Find Your Own Grove, although I disagree with its conclusions. The problem is not our inability to interact with nature, but to find silence that is important to contemplation. Too many voices are shouting for our attention and we allow them too much space. Lets share some ideas how to declutter the techno-jungle and pop-culture pandering.
Posted by Jettboy at 4:33 PM

Nice post, Jettboy. I think planning ahead and exercising discipline are key (not that I'm good at it!). Plan/schedule TV viewing and internet use. If you only allow so many hours a week, you will only watch/use the things most important to you. Plan time with family doing non-tech or low-tech things (walks, sports, camping, arts & crafts, etc.). If a person doesn't plan and finds himself at loose ends, it's too easy to turn on the TV, the computer, or the iPod.

Evaluate what you spend time on and set priorities.

Just a couple of ideas for starters.